Just added to your cart

The Covid-19 pandemic and heightened climate concerns have accelerated demand for environmentally-friendly alternative protein, and mission-driven Southeast Asian impact entrepreneurs are increasingly eager to tap into the market, and take a slice of the region’s US$600 billion food spending.

Indonesia’s Helga Angelina Tjahjadi is one of them. She was 15 years old when she decided to become a vegetarian to try to scale down the severity of her autoimmune disease, which she said “gradually healed” within two years of changing her diet. After moving to the Netherlands to complete her undergraduate studies, she met a fellow Indonesian vegetarian, Max Mandias, who was to become her husband.

In 2013 the couple gave up dairy and became vegans. Now, they are the powerhouse behind Burgreens, the largest vegan restaurant chain in Indonesia, as well as Green Rebel, the country’s first, and biggest, plant-based protein brand. Helga, now 31, said that Burgreens did not look like the prime establishment it is today, “but more like a canteen.”

At that time, demand for plant-based meat in the Southeast Asian nation was practically non-existent. “Our first three years, it was like a desert. We were the only player [offering plant-based meat] and our effort to educate the market was really exhausting,” Helga said. “Healthy food was not even trendy, let alone plant-based food,” added the co-founder and chief executive of Green Rebel and Burgreens. 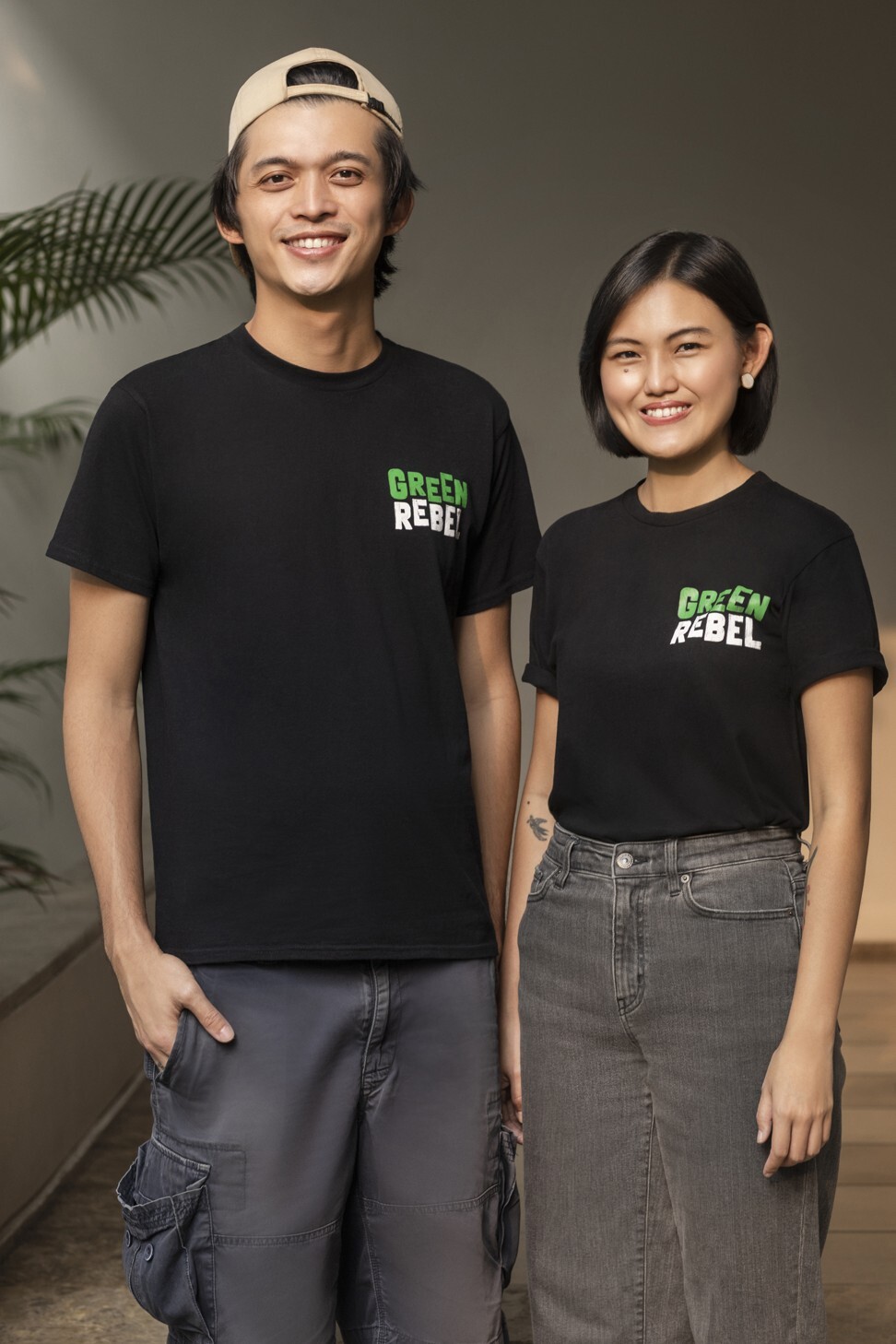 The couple decided to create spin-off company Green Rebel – which uses non-GMO soy and shiitake mushroom for its chicken and beef alternative, respectively – from Burgreens in September last year. By February it had closed an undisclosed amount in its seed funding round, led by New York-based impact fund Unovis Asset Management and Jakarta-based venture capital firm Teja Ventures.

Today, it offers at least 13 retail frozen food products, which include popular Indonesian food such as beefless rendang, chicken and beefless satay, as well as plant-based whole-cut steak – the first product of its kind offered by an Asian company.

“Last year, restaurants started to approach us for a collaboration to create a plant-based menu, and I think it was because of the pandemic,” Helga said.

Green Rebel is not the only plant-based meat provider created during the pandemic. In Singapore, Karana, which offers whole-plant pork from jackfruit, was launched in January last year and expanded into Hong Kong in May last year. In July this year, it bagged US$1.7 million in seed round funding from a number of investors, including Big Idea Ventures, a Temasek and Tyson Foods-backed venture capital firm focused on plant-based foods; as well as Hong Kong-based entrepreneurs Kevin Poon and Gerard Li.

While “the demand is there”, the pandemic has decelerated Karana’s business as lockdown affected their restaurant partners’ operations and forced a delay on their retail products launch, said Blair Crichton, the start-up’s co-founder. The company plans to launch char siu bao and pork and chive dumpling to retailers in “the next couple of months”, he said.

“We are seeing a shift in perceptions that is taking place, and Covid-19 kind of accelerated that. People are looking at how diet and health interact and we see upwards of two thirds of consumers across Southeast Asian markets saying that they want to eat healthier. They may not actually be doing that, but at least the intention is there,” Crichton said. 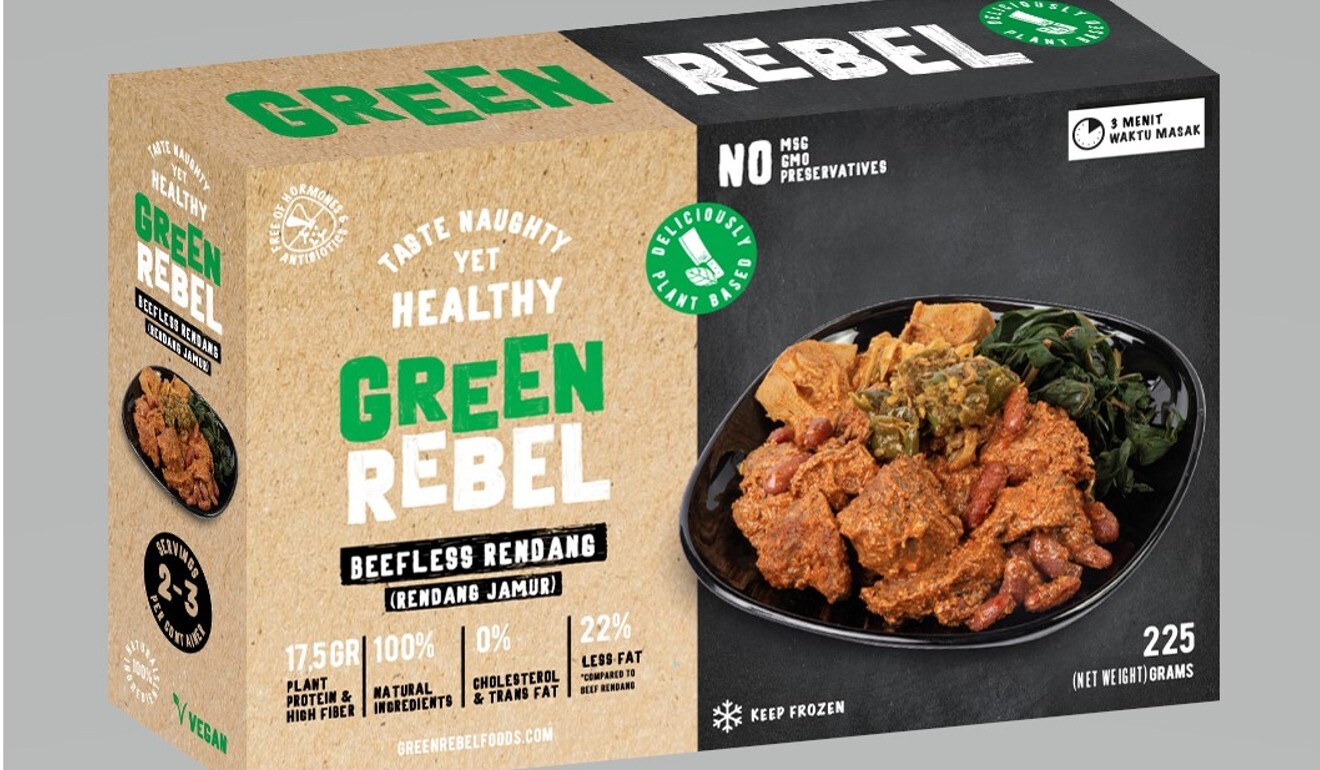 Anyone for Beefless Rendang? Photo: Handout

“Awareness around the climate impacts things as well. You’ve got a huge chunk of the world population in Southeast Asia, so I think it’s imperative that we try and provide solutions that change the food system for the better for our planet and for all.”

According to a joint report titled ‘The Asia Food Challenge 2021’ by PwC, Rabobank, and Temasek launched in September, 43 per cent of Indonesian respondents said they were likely to become vegan or vegetarian within a year, higher than the 37 per cent of Thai respondents or Malaysia’s 20 per cent. More plant-based food and drink have also become easier to find in the past year on two of the country’s biggest food-delivery services, GoFood and GrabFood.

Demand has also increased in developed countries such as the United States. According to the Plant Based Food Association (PBFA) and The Good Food Institute (GFI), sales of plant-based food in the US rose 27 per cent to US$7 billion last year, more than double the growth rate in 2019.

From 2016 to 2020, Southeast Asia, home to more than 600 million people, saw a 440 per cent increase in vegan and vegetarian plant-based product launches, according to a new report by Forum for the Future, an international sustainability non-profit organisation.